Does today’s pop music have a familiar ring to it? 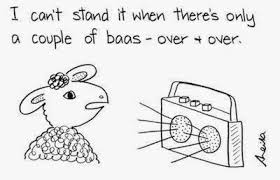 04 Nov Does today’s pop music have a familiar ring to it?

Posted at 02:35h in Music by Steve Schneider
0 Likes
Share

In every generation, there are those who claim that the popular music of the day all sounds bland, repetitive, and sometimes bordering on the obnoxious (usually uttered by parents lamenting to their children). Whether it was the Rock’n’Roll of the 60’s, the Hard Rock of the 70’s, Disco, Hip-Hop, or 90’s Grunge, there is normally a large (and usually older) segment of the population that disdains the current pop music. To them, it all sounds the same.

When I was growing up, I had to endure the comments of my parents regarding “my music”. As a parent of two teens, it is very tempting to fall into the same mindset about today’s pop music. This made me wonder, though – is this just a “generational” perception that comes with getting older (and perhaps with an increased musical sophistication), or does today’s music really all sound the same?

Interestingly, looking at the musical charts right now (summer of 2015), there is some evidence to back up the latter. Read on in the following article…